In the last Discover Slice Back we talked about Locomotion 2.0. In this week entry we will talk about how we designed our AI to improve the game feel of Groove (our main character).

Let’s start from the beginning. In the very first prototype our enemies had one or two attacks and their behavior was really simple - it is important to mark that Groove’s gameplay was also simpler at that time. As gameplay evolved - and Groove got stronger, more agile and, overall, more “hack’n’slashy” - enemies became boring and started to feel out of place.

The first step was simple: make enemies more aggressive and turn their behavior more complex.The result wasn’t good enough: they would surround Groove and create imposible - and not fun-  situations: two enemies would attack simultaneously making that last attack completely undodgeable. That definitely was not fun: damage was not caused because the player did something wrong neither because the AI did something good: it was purely random. 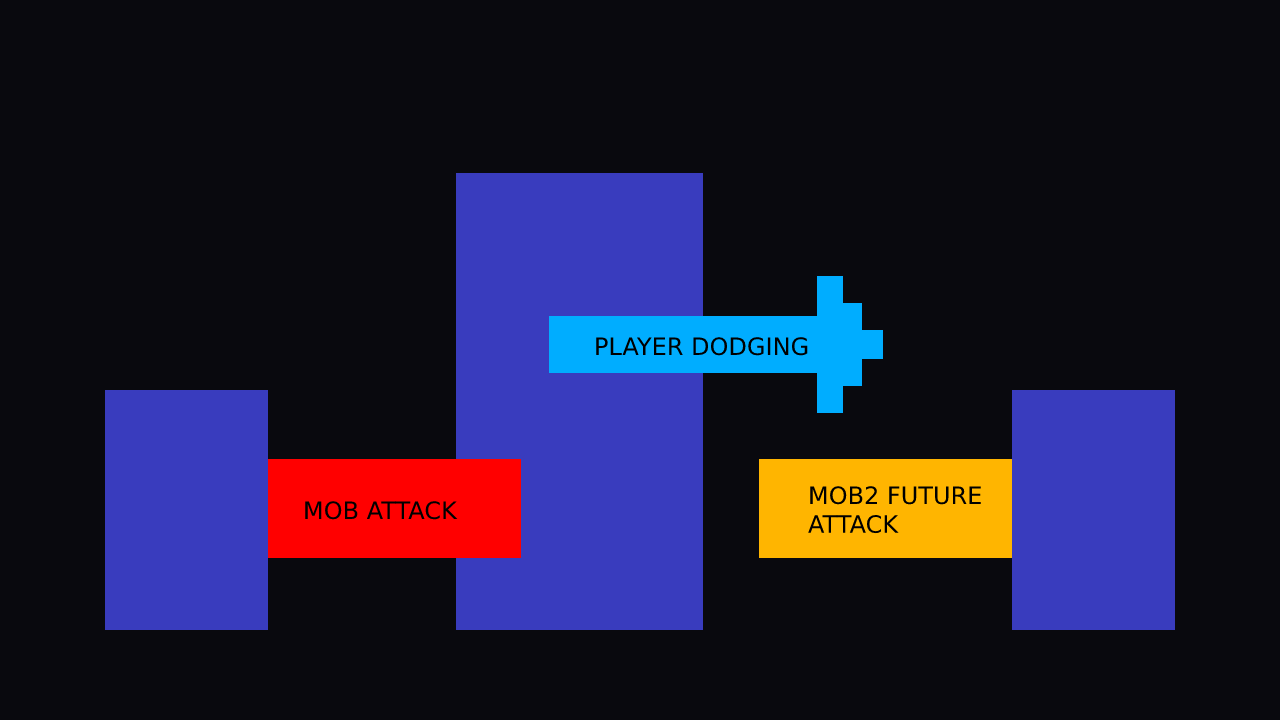 We started researching how different groups of enemies behave on several games, starting by our nearest references like Bladed Fury. We saw that their AI was already similar to ours. Each enemy fights on their own way without any coordination between them. It worked on their case because their groups of enemies were small and the protagonist can block and parry. But we wanted Groove to feel strong, powerful, OP. So it is not about finding the opportunity to attack, but trying to keep the movements flowing. Overpowering your enemies while having to be mindful of danger at key moments: slowing down is the closest you will be to death in Slice Back!

In order to highlight those features, Groove must be able to slash several enemies at a time, absorb a few impacts without losing the pace and have solid control over the fight and the means to dodge attacks when grouped up.

Slice Back is not an attrition game: it’s not about managing resources, it’s about intense fights. Big enemy groups and coordinated attacks got us closer to our goals and to other similar games like Muramasa or NieR: Automata.

First of all, we eliminated all the autonomy of the enemies, making them dumber, so that they only know if the player is near and how to walk randomly by themselves. But, how to make a bunch of dumb fishy aliens do a decent teamwork? By creating an Alien Mastermind - aka The Director. The Director will give sleep, attack and any necessary order, while the AI only has to know how to obey. It is also easier for us to balance encounters or change the flow during a fight or a map, since tweaking the attack frequency or the percentage of air attacks vs. ground attacks makes a great difference.

Remember that you can always contact us through our Twitter, chat with us on our Discord and try the build to give us feedback on our survey!

The Slice Back team

Alien sushi? Yeah, there's live out there... and it's yummy!